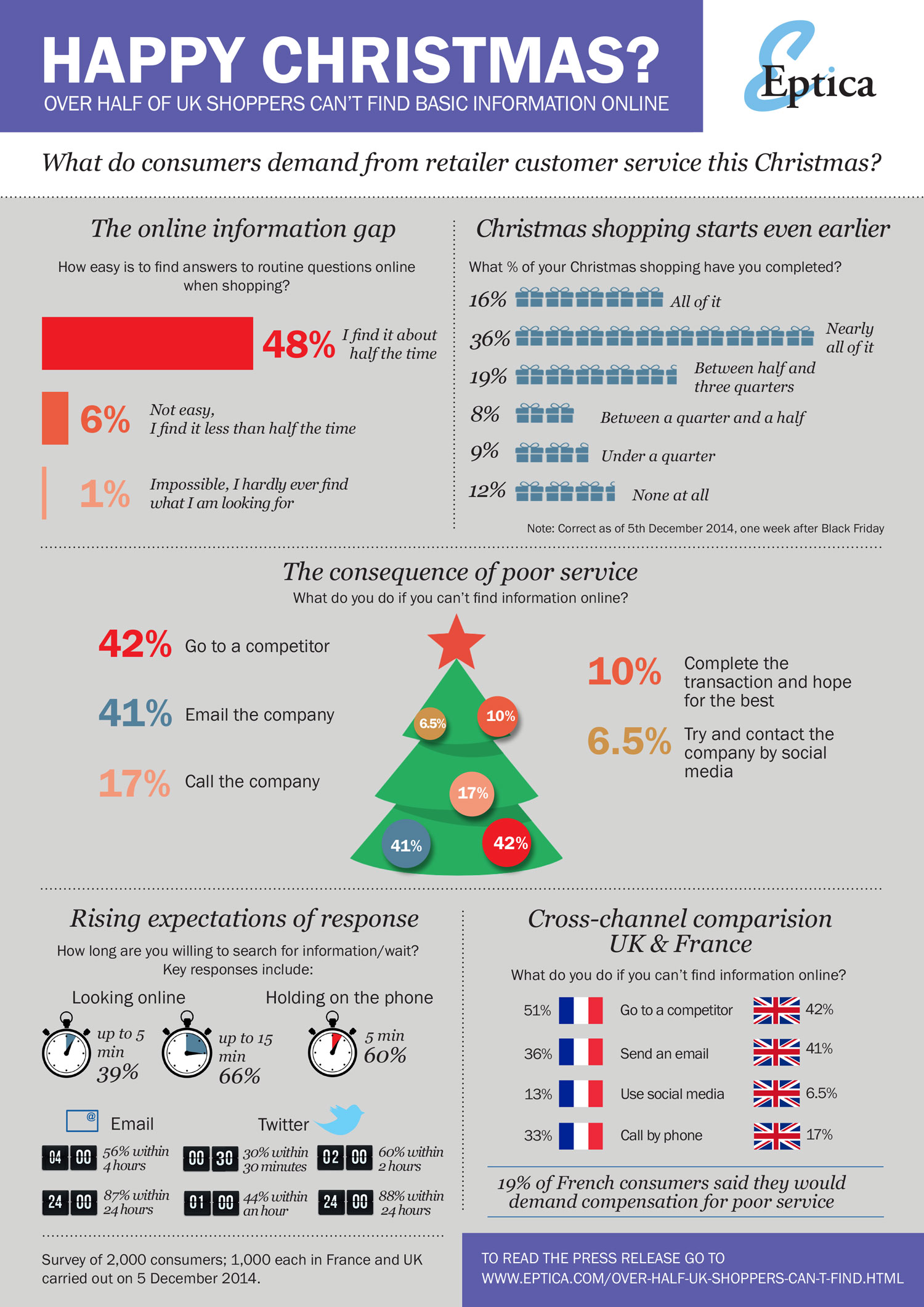 Reading, 10 December 2014, Despite online sales expected to hit £4.7 billion this Christmas , retailers are still not providing the right customer experience on the web. 55% of UK shoppers say they cannot find basic information, such as delivery and returns policies, on half the websites they visit, according to new consumer research commissioned by Eptica. At the same time, consumers are starting their Christmas shopping earlier. A week after Black Friday, 52% of consumers had already done over three quarters of their shopping, with 16% claiming to have completed it.