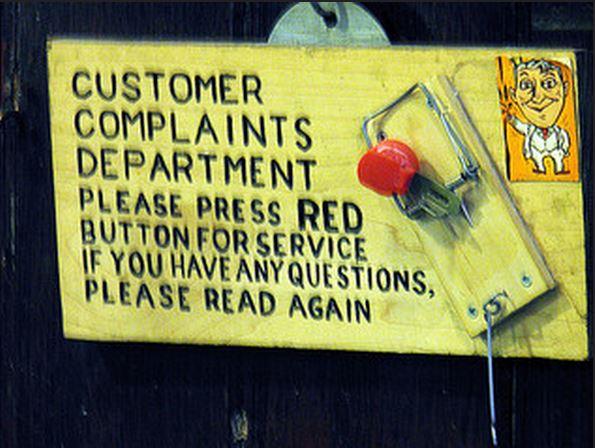 On the Eptica blog we’ve regularly talked about how social media provides a megaphone for customers to talk about your brand – but despite this new research shows that companies simply aren’t listening.

Our own 2012 Eptica Social Customer Service Study surveyed 2,000 consumers across the UK and France on their attitudes to using social media for customer service.

The findings demonstrated two key points. Firstly, social media is now a key customer service channel, with 26% of UK consumers saying they complain more now they can use it. So it is actually encouraging your customers to get in touch when they have issues.

But the second major finding is that companies are spurning this golden opportunity to solve customer problems. 17.5% of social media complaints are simply ignored, and overall 83% of consumers were unhappy with the response and treatment they received. Put simply, customers are trying to talk to companies, but they are just not listening. This really is shocking behaviour if companies want to build long term relationships with their customers – essentially slamming the door in their face when they try and talk to them. The problem is even worse in France, with nearly a third (31%) of consumers complaining more using social media.

And this deafness isn’t just to complaints. The research found that companies are ignoring simple questions as well – four out of five consumers (81%) said they didn’t get an acceptable answer to their basic questions asked on social media.

The study also asked consumers which sectors they complained about on social media, and uncovered a consistent response in the UK and France. For both countries banks and retailers were top targets for complaints – nearly a quarter of the French (24%) had criticised banks via social media, with 21% of Britons complaining about retailers. Overall French consumers are complaining about a wider range of organisations compared to the UK, with eight sectors (banking, retailing, airlines, train companies, telecoms providers, insurers and garages) all being criticised by over 10% of French consumers polled.

Here’s the sector breakdown in full:

Clearly these findings need to act as a wake up call for organisations – they need to be monitoring and responding to both complaints and questions on social media if they are to win and retain customers, whatever sectors they’re in.