The UK versus France – the five key customer experience differences

The UK versus France – the five key customer experience differences 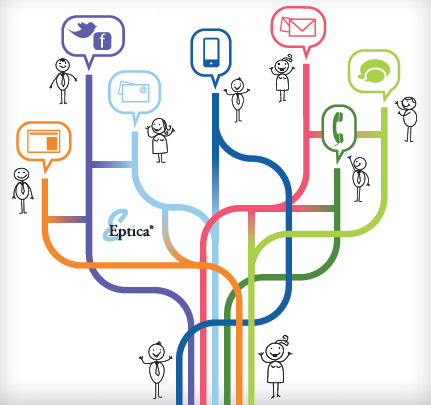 As part of a global company I see the increasing importance of the customer experience to businesses in different sectors, all around the world. However, there are also major differences when it comes to preferred local channels, specific requirements and, in some cases, technology.

These differences are visible even between two mature markets such as the UK and France. Following the release of the UK Eptica Multichannel Customer Experience Study earlier in the year, we’ve repeated the research exercise in France, which enables us to draw some interesting conclusions.

In both studies we evaluated leading companies on their ability to provide answers to 10 routine questions via the web as well as their speed and accuracy when responding to email, Twitter and web chat. For the UK we surveyed 100 companies in ten sectors, while in France we expanded this to 110 organisations in 11 sectors.

So how do they compare? The Eptica research found five key differences:

1. The web customer experience is moving in opposite directions

UK websites could provide answers to 63% of questions asked online, compared to just over half (51%) of sites in France. Looking back one year and we can see that UK sites are improving (up from 53% last year), whereas the web customer experience in France is getting worse, falling from 58% to 51%.

2. The UK is ahead when it comes to web self-service

Web self-service systems that make it easier for customers to receive fast, consistent answers to their questions are increasing being implemented on both sides of the channel. However, the UK does appear to be leading the way, with over half (53%) of companies using web self-service, against around a third (34%) in France. In contrast, web chat is offered by an almost identical number of companies - 7.3% in France compared to 7% in the UK.

3. The UK is falling behind on email responses

The number of UK companies allowing non-customers to email them has been falling over the past two years, dropping to 71% in our last study. In contrast, 81% of French companies provided the ability to email them, up from 74% in previous research. French companies also led the way in response rates – only 41% of British companies successfully answered an emailed question, compared to 59% in France.

While over three quarters of companies in both countries are now on Twitter, French brands are using it more effectively. 80% of French companies are on Twitter and successfully responded to 52% of Tweets. In contrast, 76% of UK brands are on the channel, but could only answer 39% of questions tweeted.

5. Consistency is poor on both sides of the Channel

Our research compared answers given across multiple channels (email, Twitter and web chat) to check their consistency. In France 10% of companies provided consistent answers on two channels, with 1% successfully delivering similar responses on three. The results were slightly better in the UK, with 12% of companies providing consistent answers on two channels, though none of the three companies that offered three channels responded consistently on all of them.

We live in an increasingly global economy, where consumers expect the same high standards from organisations, wherever they are located and whatever sector they are in. Therefore, companies in France and The UK – in fact everywhere - need to learn from each other when it comes to the customer experience – or risk losing revenues as consumers take their business elsewhere. To find out more download the UK Eptica Multichannel Customer Experience Study here, or the French version here.